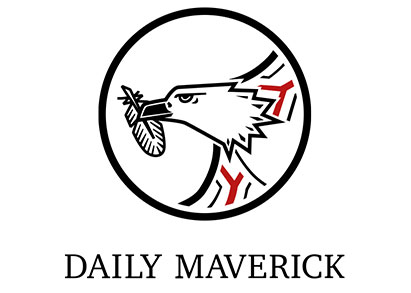 To the casual observer, The Daily Maverick is a bastion of independent reporting. However, a more penetrating enquiry reveals links, direct and indirect, that go to the heart of the criminal underworld and State Capture in South Africa. Connections never publicly disclosed until now.

Branislav Brkic’s previous misadventure into publishing, “The Maverick Magazine”, collapsed in ruins, after a low-cost airline stopped dishing out its magazines, free of charge, to its passengers. This took the magazine’s circulation from above 20,000 per month to below 5,000 per month, making it the most expensive print advertising in South Africa, or even the World. The Maverick Magazine advertisers, realising the sudden lack of value, pulled the plug and the wheels came off. When the liquidation was over, investors had lost millions of rands. This included millions in tax-payer funds, lost through the Industrial Development Corporation’s unpaid loan.

Today, whilst arrogantly claiming to be a public service, The Daily Maverick is actually registered as a private (profit making) company, which campaigns for ‘members’ to ‘join’ at a cost of two hundred rands per month. Apart from being able to comment on the stories published by Daily Maverick, it’s not sure what other membership benefits a ‘member’ enjoys, if any.

Despite its State Capture and deep underworld connections, The Daily Maverick arrogantly claims the high moral ground in the media world. Reading some of the Branislav inspired begging tags at the end of stories, a reader could mistakenly think that The Daily Maverick single handedly exposed and a put a stop to State Capture. A grossly mistaken perception that they regularly inculcate and brag about.

One financial red flag which seems to have gone un-noticed is that for the last few years, The Daily Maverick claims to be “running on fumes”. It’s not known why anyone would invest R200 a month in an entity that confesses to be running on fumes. According to the website www.theidiom.com “Running on fumes” means “to continue doing something even when you have no energy left · to operate with low resources or money”. Does this mean Branko’s media sphynx will fall from the sky leaving creditors high and dry, as his last publishing misadventure did?

Claiming the high moral ground in the media has massively assisted The Daily Maverick in becoming the recipient of the largesse of wealthy South Africans and ex-pats, who are regularly tapped for ‘donations’ to shore up the running-on-fumes, but highly profitable business.

Owned and operated by non-journalist Branislav Brkic and accountant Stylianos Charalambous, the pair are exceedingly secretive about The Daily Maverick’s finances and steadfastly refuse to divulge details to anyone who asks.

Is the shroud of secrecy around Maverick’s finances concealing something more sinister?

The Daily Maverick publicly claim sixteen thousand members and, at two hundred rands a month each, they are pulling in over three million rands a month. And that’s without the massive advertising revenue, which must run into a further million rands at least, if not more. Publicly available records indicate around forty employees. At fifty thousand rands per month per employee, that would leave a cool million rands in profit each month, without factoring in the massive advertising revenue or the cash-flow from wealthy ex-pats in London and elsewhere.

Associations that leave questions to be answered:

We asked their self-styled Editor-in-Chief the following questions and got ZERO response:

Branislav Brkic’s co-director in the imploded Maverick Magazine business, Business Century Publishing (Pty) Limited, was none other than then Gupta Lieutenant, Marcus Steyn, who was already on the board of Gupta criminal enterprise Sahara Holdings when he joined Brkic. Other Sahara directors subsequently included Duduzane Zuma, Atul & Anil Gupta and another Gupta lieutenant Ashu Chawla, who were jointly implicated in State Capture and wholesale looting of State-Owned Companies, to the tune of billions of rands.

The Daily Maverick co-founder, Stylianos Charalambous’ was directly linked to Gavin Varejes who in turn is directly linked to Paulus Stemmet and Glenn Agliotti all three of whom were directly involved with corrupt (now deceased) ex-chief of police Jackie Selebi.

Gavin Varejes first widely publicised involvement in infamy, comes in the largesse he provided in the form of a Mauritius family holiday and Christmas stop-overs at his Uvongo Falls holiday home, to convicted corrupt chief of police Jackie Selebi. When Paul O’Sullivan exposed the bribes to Selebi, the monies were quickly repaid by Selebi, using the proceeds of crime money received from Glenn Agliotti.  Gavin Varejes through sleight of hand kept giving the Scorpions the slip, and thereby managed to evade becoming a state witness at the Selebi Trial. Apart from his close association with self-admitted bomber Paulus Stemmet, who also confessed to planting dugs for Varejes, Gavin Varejes was also a close associate of convicted drug trafficker, Glenn Agliotti.

Mark Pamensky spent a lot of time testifying at the Zondo Commission. However, his version of what he did or did not do to assist the Gupta underworld was in stark contrast with the reality of other testimony. Pamensky’s affair with the infamous Gupta family, started when he attended the proceeds-of-crime funded Gupta wedding at Sun City, where a couple of hundred guests were illegally flown into an Air Force base in Pretoria and blue-light convoyed to Sun City. Pamensky claimed the invitation was sent to his boss Gavin Varejes, but he elected to attend the wedding as he was single. Not long after, Pamensky was appointed as a director of Gupta front companies, Shiva Uranium and Oakbay Resources. Whilst at Oakbay, Pamensky miraculously landed a non-executive director’s position at ESKOM where he lost no time in pushing deals that benefitted the Gupta’s, to the tune of more than two billion rands. He also regularly shared confidential ESKOM information with his Gupta puppet masters, in breach of his fiduciary duty to Eskom.

Paulus Stemmet was to have been a Section 204 state witness in the Jackie Selebi corruption trial. In 2009, he signed a series of detailed sworn statements where he admitted his role in a number of very serious crimes. In one statement he confessed to planting a bomb at Microsoft’s South African headquarters, so that they would increase, instead of decreasing their spend on the security services he was providing. Stemmet would often ‘escort’ Glenn Agliotii’s narcotics and counterfeit cigarette consignments.

Convicted drug trafficker Glenn Agliotti made bones about his criminal conduct, when he confessed his crimes to the Scorpions. He admitted culpability in what was then the largest drug trafficking syndicate South Africa had ever seen.

Jackie Selebi was convicted on six charges of corruption in 2010 and sentenced to fifteen years in prison. His main benefactor was convicted drug trafficker Glenn Agliotti. Selebi unlawfully granted Paulus Stemmet a police badge at the rank of Captain, to enable Stemmet to commit all sorts of crimes, along with his close associate Freddie Burger. It was one of the corruptly issued police badges, that was used by Stemmet and Burger, to plant cocaine at the house of Tigon director Gary Porrit. Stemmet says he framed Porrit with drugs on behalf of Varejes.

We believe that the thousands of people who make donations to The Daily Maverick are entitled to know what’s happening to the millions of rands the publication receives from them each month. We therefore call upon the directors of The Daily Maverick to answer the questions posed in this paper.

Forensic for Justice are NOT running on fumes, however, we welcome donations to help us continue with our charitable work. Donate here: https://www.forensicsforjustice.org/donations/

The President of South Africa is Not Corrupt

Top cops to go on trial for kidnap and torture

To: The ‘Criminal Enterprise’ controlling the NPA From: Paul O’Sullivan