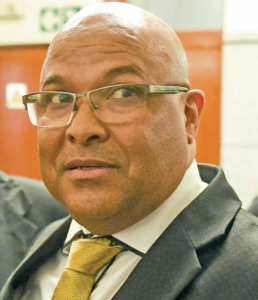 Arthur Fraser, bit off more than he could chew, when he fraudulently implicated Forensics for Justice founder, Paul O’Sullivan in the Phala Phala scandal created by Fraser. Fraser has for many years enriched himself from tax-payer funds, as pointed out in the Zondo Commission. In his hard-hitting affidavit (see below) Paul O’Sullivan explains the motive for Fraser trying to unseat President Ramaphosa. On 2022-11-18, when O’Sullivan opened a criminal docket at Rosebank Police Station, he started a process to expose Fraser for the traitor to South Africa he is.  “There can be no doubt…” said O’Sullivan at Rosebank, “…that Fraser should have been incarcerated years ago. This explains his conduct in trying to help corrupt ANC members replace Ramaphosa, so that State Capture #2, can get underway and thereby keep Fraser out of prison where he belongs.”