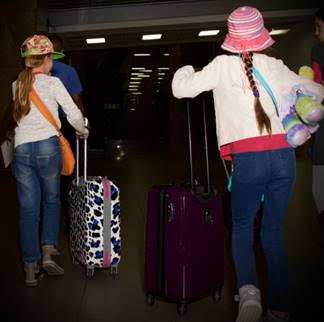 01st August 2018, marks the end of the road for the rogue-units within the National Prosecuting Authority ‘NPA’ and the Directorate for Priority Crimes Investigation ‘DPCI’ or Hawks.

These rogue-units were established under Shawn Abrahams, Berning Ntlemeza, Kgomotso Phahlane, Michael Masutha, Nkosinathi Nhleko and David Mahlobo. The dregs of these rogue units are still running amok in the Criminal Justice System.

Forensics for Justice call upon President Ramaphosa to take urgent steps to restore the rule of law, by identifying those responsible, with our help, and removing them from the system. Until that has been done, it is absolutely pointless taking any steps to bring anyone to book for the terrible chapter of State Capture that has ravaged our country since Zuma was swept into office, when he should have been swept into prison.

It will take many years for the country to recover from the disease of state sponsored looting and corruption that very nearly brought our country to its knees. The repair process cannot begin until the rule of law is returned. It is no point appointing a new head of the DPCI, when he is surrounded by hyenas, who daily seek to undermine his attempts to rid this country of the scourge of corruption.

The personal cost to me has been extremely high. I have witnessed multiple unlawful raids on my offices. I have seen my attorney being kidnapped and driven around at high speed for hours. I have been kidnapped myself, twice, and tortured and been regularly subjected to the abuse of my constitutional rights. Multiple fake cases have been run against me, all of which have now failed.

Most importantly, two of my children, small girls aged 8 and 9 years, were dragged off a plane with me, and subject to gross abuse in that they had to witness their father being unlawfully detained and taken away, and they missed their flight and were left waiting days to get back to their family. That is an outrageous abuse that should never have happened.

I know the full details of each and every one of the criminals with badges and gowns responsible for this gross abuse of power and constitutional rights and will not rest until each and every one of them have been brought to justice. We shall give the state a further 30 days to institute proceedings against those we have identified and, if they refuse to do so, we shall start the process ourselves.

Finally, I wish to thank all those that stood by me, in my three years of need, including, but not limited to, my wife and children, my friends, my staff that remain having been hollowed out by the constant attacks against them, the brave attorney Sarah-Jane Trent who paid her own price for supporting me, the brilliant law firm Hurter Spies Inc, the membership and executive of Afriforum and the good citizens of South Africa of all creeds, who have morally supported me and helped me through the last three and a half years. Without the combined support of you all, I would not have been able to maintain the protracted battle over so many years and at such high personal cost. Finally I wish to thank the professional members of IPID and the NPA, who have placed the rogue units in the police under a magnifying glass, in an attempt to bring them to justice, despite being thwarted by the rogue-unit in the NPA, at every turn.

Being Irish at heart, I cannot end without saying the following: ‘The boot is on the other foot now, and Paul O’Sullivan is going to kick back, very hard.’

Robert McBride Throws Down The Gauntlet